The show draws inspiration from the 5th Canto of Dante’s Inferno. A circle where the wind blows endlessly and forces the damned to run forever. Among them Paolo and Francesca stand out, symbols of timeless love, doomed to follow in this infernal run because of adultery. The choreography develops the concept of the fall as a metaphor for love, temptation and death, a truly human dimension and an irreversible physical condition. The story  of the two lovers, critical in its medieval context as it is mundane in modern eyes, is an occasion to ponder timeless issues such as judgement, compassion and morals. The three dancers take on interchangeable roles, breaking with the traditional concept of love being represented by a couple; bodies offered to their own fate, obstinate and questioning. 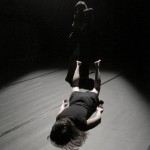 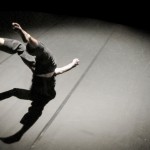 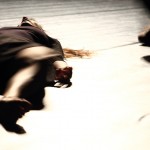 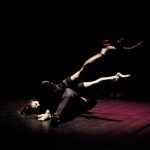 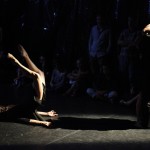 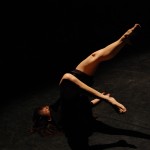